Greetings from Florida! That’s right, the family made the move safely from Texas to Florida!

As a “birthday present” to the site it has undergone a complete facelift. Not a small change or a minor tweak…completely different. If you are reading this in your email or RSS feed, you may want to check out the new look. I am very excited to release this new minimalist design, and I am most excited about how the new DIY Corner looks. There are still a few tweaks left on my end, but the major changes are complete.

Looking back and seeing that I have blogged consistently for a solid year is crazy!!

So where did End of Three Fitness start?? 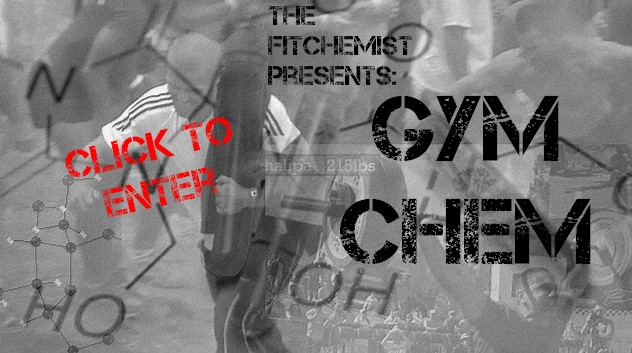 Originally, I just wanted a training log to keep online, so I started a blog on blogger. I then ran into blogs like Fitbomb in which he was keeping a training log and writing some interesting stuff. I decided I should write some stuff, aside from just my training, as a quiet guy who always has a lot to say, it was a perfect fit.

End of Three Fitness started as FitCHEMist.com, the CHEM standing for CrossFit, Heavy Lifting, Endurance Training and Metabolic Conditioning. I just ran into one problem…I was posting way more training log posts, as opposed to writing anything interesting. I did, however, find that when I wrote something interesting people would tend to interact more and that is the best part of blogging.

I decided I needed to separate my training log and my writing. Now, I don’t use a blog as my training log anymore. I use a combination of Evernote and The Ultimate WOD Log. Of course, you now see where all my writing goes and that is where the rest of the End of Three Fitness story picks up, which you can read here.

Top 3 moments in a year of blogging:

1.) Inspirational stories – I get a lot of encouraging emails from my readers, but I had one in particular that has really stuck with me in the last year.

I was contacted by a soldier who was severely injured in Afghanistan. He said since his injuries, he had dropped into a bit of a depression and had no motivation to work out anymore. He said he stumbled across my site and now was motivated to get back at it and pick up his exercise routine and to work through the injuries, and he thanked me for all the great posts.

That has been extremely motivational. It is stories like his, my military service, my father’s service and my brother’s service, and the fact that my brother is a wounded warrior that has inspired me to take on projects like The Fallen Hero Project in an attempt to give back in what way I can.

2.) The CrossFit Games – This year I got to attend the CrossFit Games, which would not have been possible without the help of my friend and mentor, Rowan at Blonyx (Thanks Rowan!!).

Pretty crazy! I am extremely thankful for all the support from all of my readers!

How to Start a Revolution

Alright, I have been rambling for over 800 words now and haven’t even started to tell you how to start a revolution, sorry. I’ll share how I started the End of Three Fitness Revolution!

First, you have to identify some sort of problem. The problem I identified was the the generic fitness world out there. Every fitness blog I would run into was mainly about how to get six pack abs, build your biceps or would regularly use the word “sexy” in blog post titles.

I wanted End of Three Fitness to be different, Fitness Nonconformity – The Revolution!!

Well, you can’t just point out a problem and claim to have a revolution. Actually, if you don’t find a new way, or solution, you are just complaining.

Find a new way! At End of Three Fitness there are interesting ways to do everything; you can build your own equipment, train for a zombie apocalypse or even learn how to be a nonconformist.

A one-man (or woman) revolution is pretty much useless. It will be hard to stay motivated for the long-term, and the revolution will not make any headway. Talk to your friends, your family, their friends and anyone else who will listen! Spread the word!

At End of Three Fitness we are nearing 800 facebook fans, over 1,000 readers, over 50,000 visitors a month and a growing community.

The revolution is growing!

Hopefully I have helped shed some light, briefly, on how to start a revolution, or at least you know more about End of Three Fitness 🙂