In this episode, we have veteran strength coach Dan John.

He is an author who writes 2-3 books per year on strength training and a senior lecturer at Saint Mary’s University, among others. National Collegiate discus thrower, highland games competitor and high-level athlete overall.

Dan is full of knowledge and great advice on life, training, education, and anything to help you become a better human being.

Don’t miss it! Listen in here…

If you haven’t already, be sure to subscribe to the podcast either on Sticher, iTunes, or Google Play by using the links below:

Let’s just get this out first: I believe that a Reasonable Way of Eating and a Reasonable Training model trump insanity all the time. What’s insanity? This idea that you can eat 500 calories for a few weeks, inject yourself with some monkey plasma and lose fat effortlessly. Insanity is training yourself to exhaustion for 90 days, taking your picture and then flopping back to the couch for a few years.

So, in my last few workshops, I have gone to the whiteboard and scribbled illegibly in my scrawl that earned “D’s” in handwriting at St. Veronica’s School and asked these questions:

What’s a reasonable diet or way of eating?
Crickets.
Nothing.
Blank uncomfortable stares. As a classroom teacher of over 34 years, my one fear has always been passing gas out loud during a lecture. As the group stares back at me, I have one of two thoughts: either I farted or we have a problem.

I checked. It wasn’t me.

Seriously, some of the biggest names in the fitness industry won’t raise their hands and tell me what a reasonable way of eating is in this age of one million diets.

Years ago, at the Olympic Training Center, we were told to focus on these three things:

As I argued in Mass Made Simple, I think we know how to eat:
Honestly, seriously, you don’t know what to do about food? Here is an idea: Eat like an
adult. Stop eating fast food, stop eating kid’s cereal, knock it off with all the sweets and
comfort foods whenever your favorite show is not on when you want it on, ease up on
the snacking and— don’t act like you don’t know this— eat vegetables and fruits more.
Really, how difficult is this? Stop with the whining. Stop with the excuses. Act like an
adult and stop eating like a television commercial. Grow up. Now, let’s get back to the point: Eat like an adult!

I have always thought this definition of the reasonable person by Percy Henry Winfield to be, well, reasonable:

He has not the courage of Achilles, the wisdom of Ulysses or the strength of Hercules, nor has he the prophetic vision of a clairvoyant. He will not anticipate folly in all its forms but he never puts out of consideration the teachings of experience shows such negligence and so will guard against negligence of others when experience shows such negligence to be common. He is a reasonable man but not a perfect citizen, nor a “paragon of circumspection.”

My old college coach, Ralph Maughan, had a sign on his desk: “Be Reasonable. Do it my way.”

Coach Maughan, who was drafted by the Detroit Lions, made an Olympic team as a hammer thrower, won the nationals in the javelin and earned three medals at the Battle of the Bulge, maybe had more reasons to be reasonable, frankly. Coach Maughan, part of the Greatest Generation, had seen and done things that were glorious and tragic and understood life well. “His way” was usually a pretty good idea.

Earl Nightingale tells us in “Lead the Field,” the audiotape series that changed my life:

And, to me, reasonableness is another word for integrity: integrity to truth, to the evidence, no matter where it leads…Are you ready to discover “through experiment and reflection what course of life will fulfill those powers most completely?” That’s being true to yourself; that’s integrity; that’s reasonableness.

“To the evidence, no matter where it leads” is the drumbeat of my search for better ways to seek and attain our goals in fitness, health and sports.

The question of “System” is often overlooked in the arena of strength and conditioning. I actually blame people like me and I often note in my workshops, “I (Dan John) am the problem.” My problem is simply this: I am a step by step, A-Z, climb the ladder believer in systematic training and education. I want you to start in Preschool and finish with a Post-Doc.

So, when you raise your hand and ask: “Can I do this?” and shake a stick with a can on the end of it filled with rattlesnakes, I tell you: “Sure you can. You can do anything you want. People have been dying for your right to be an idiot since we first discovered fire.” When you ask the follow up question, “will it help me with my goals?” that is the moment you stump me. You know, if you want to be the best in the world at shaking sticks, loaded asymmetrical can shaking might be the answer!

A system is simply a bunch of parts combined into a whole. Sadly, that’s it. Now, it is important to understand the whole should be greater than the parts. That’s why, for example, a Kettlebell Swing probably will do more for your overall conditioning than a dozen moves of this, that and whatever.

When you build a training system (or any kind of system), you have to be vigilant in insisting that every part fits a role. Then, the key is to figure out how to break each part into teachable or manageable units. Henry Ford’s genius wasn’t in building a better car, it was in breaking down every task in building a car into a very tiny part. For training or education, this is still a wise approach. The car model is not a bad way to look at training, by the way: you can have a great car, but if the builder forgets to put on wheels, it isn’t going to go very far. 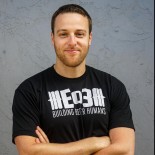